I am sharing the story of my daughter’s history with seizures as a baby to offer encouragement to moms who have been through that experience of feeling helpless when our babies are sick.

This post was originally published in July 2013 after enjoying July 4th festivities with my family and looking back on how we had spent the holiday a year earlier.

The 4th of July festivities this year were particularly special for me.  It was the first time my family of 4 was all together to watch fireworks.  A year ago my then 8-month-old daughter was in the hospital after having another seizure. My husband and I saw some fireworks from her hospital room and our then 6-year-old son watched fireworks at Grandma and Grandpa’s house.

This year I couldn’t help but tear up as I watched both kids looking up at fireworks as we sat on a grassy hill outside on a beautiful summer evening. Below is the story of my daughter’s history with seizures as a baby.  This is something I never expected to experience as a parent.  I hope my story can help those are going through similar experiences.

I was asked so many questions about her history and symptoms that I had no choice but to write down all the details I could remember for all the doctors who asked.

Scariest moment of my life

It all started on a Saturday evening May 19, 2012, at 7 months old.  After changing my daughter’s diaper I put her on her back in her crib so I could quickly clean up around her changing table.  I looked back at her briefly and saw she didn’t look quite right laying there.  Thinking back I couldn’t tell you what I saw, but at the time I just knew it wasn’t right (always trust your mom instinct).

I picked her up immediately and she was limp and unresponsive in my arms and didn’t appear to be breathing.  She also had her eyes rolled back and was pale.  I yelled for my husband while carrying her down the hall toward him and describing her symptoms out loud to confirm he was seeing the same symptoms and also somehow keep myself under control.  I took her into the dining room where I could lay her down flat on the carpet and be ready to do whatever I needed for her.

My husband called 911 while I continued to talk out loud saying everything I was doing and seeing.  I stuck my finger in her mouth to see if anything was obstructing her airway and kept touching her and playing with her limbs to attempt to get a response.  With her on the floor I could see she actually was breathing but very shallow and was still pale and unresponsive with eyes rolled back.  She remained unresponsive for probably about 2 minutes, but I really couldn’t judge the time.  It took her another minute or so to slowly and fully come out of it.  That was probably the scariest 5 minutes of my life!

Afterward she just cried and could not be consoled.  The ambulance arrived shortly after she became responsive and the EMTs took her vitals, but we insisted on taking her to the hospital ourselves since she appeared well enough to remain in our care.  The last thing I wanted to do was scare her even more.  It turned out she was crying because she was hungry.  I quickly fed her some milk before packing her up to go to the emergency room.

She was admitted to the hospital.  While there she saw lots of doctors and had lots of tests.  She had an EKG (heart test), an EEG (brain scan) and was hooked up to a pulse-oximeter and an IV during her entire stay.  The EEG was the most in-depth test.  It required her to be sleep deprived over night because seizures are more easily triggered when tired.  She also had numerous electrodes attached to her head and wrapped to keep them in place.

We talked a lot about seizures while in the hospital because my husband had a history of seizures as a kid, which he grew out of.  He described his as “silent seizures” that involved losing consciousness, but not the involuntary shaking people tend to think of when they hear the word seizure.  We were told it was possible our daughter had a seizure, but at the same time the doctors didn’t have enough information to confirm it actually was a seizure.  We were also told “sometimes babies do weird things,” which was not exactly reassuring.

The seizures are not over yet

Seizure #2 – About 4 weeks later on June 15 or daughter had her 2nd seizure.  She was in her playpen while the rest of the family was eating dinner in the living room for “Friday Movie Night.”  Similar to her first seizure, she went limp with her eyes rolled back.  This time we heard her shallow, labored breathing and knew something was wrong.  The episode lasted less than a couple minutes.  She ate immediately afterward and took a nap.  Since she recovered quickly and the symptoms were similar to her previous seizure, we waited until after the weekend to call her pediatrician.

Seizure #3 – A couple weeks after that on June 27 she had her 3rd seizure.  This one was at her daycare in the morning while eating breakfast.  It started with an unfocused moment followed by her eyes rolling back and she couldn’t keep her head up.  It lasted 60-90 seconds and soon after she recovered, she took a nap.  Her daycare was well aware of her previous seizures and had no concerns with being able to care for her because they had cared for infants prone to seizures before.  They were also trained to document the details of incidents like this.

Scheduled test – In the morning of July 2 she had her scheduled EEG brain scan as a followup to her previous hospital stay.  The test lasted about an hour and she had no seizure activity during the EEG.

Seizure #4 – It is still July 2.  That afternoon in our cool basement she had seizure #4.  This was her first seizure with physical shaking.  Afterward her temperature was 102.2 and she continued to have involuntary trembling for a half hour after recovering from the seizure, so we took her to a prompt care facility.  At the prompt care she threw up her bottle of milk, was given Motrin for her fever and was monitored for an additional half hour before being sent home.

Back to the hospital

It is still July 2.  (This was a rough day for all of us!)  That night around 9pm, her hands, feet and lips turned a little blue while in a warm bath.  My husband and I monitored her closely.  After coming out of the bath and getting lotion and pajamas she seemed unfocused and out of it again, so I took her to the ER.  From there she was admitted to the hospital for the 2nd time.

During her hospital stay she saw a neurologist and was hooked up to a 48 hour EEG this time.  She did not have any seizure activity during this EEG either.  She was discharged 3 days after she was admitted.  While in the hospital, my husband and I got to see some fireworks from her room while her brother spent a couple of days at Grandma and Grandpa’s.

Following our daughter’s discharge, she was scheduled for a follow up with a neurologist in about 8 weeks.  The doctors she has seen during both hospital stays were not convinced she had actually been having seizures and did not want to give her seizure medication.  That is a good thing because those medications have side effects that I am relieved to not have to weigh the pros and cons of at this point.

Getting used to caring for our seizure baby

Seizures 5 & 6 – August 11, she had her 1st seizure out in public while in a stroller shopping with me and her brother.  Her brother was the one who first saw it and let me know something was happening.  She had clenched fists and shaking for about a minute.  Once we got home she took a long nap.  The next day on August 12, she had another shaking seizure with clenched fists while on the changing table in the evening after her bath.  It started with an unfocused moment.  Afterward her temperature was elevated at 99.6.  This was the closest she had ever had any 2 seizures.

Follow up with neurologist – August 29 she had her 1st visit with a neurologist that was not while admitted in the hospital.  She has had 6 documented seizure-like episodes including 2 hospitalizations (although the neurologists refuse to call them seizures) and several of what I call unfocused moments over the past 4 months.  The doctor requested an MRI be scheduled using the reason of “episodes of trembling and eyes rolled back” rather than seizures.  The MRI did not reveal any problems.

Relief has set in

She has had no more seizures since August 2012.  She had neurology follow ups 3 month later and then 6 months after that and her development looked great.  We continue to be seizure-free and are no longer scheduled for future follow-ups with the neurologist.  It appears she has grown out of whatever was causing her seizure-like activity.

I would love if you would share your own experiences below.  Being a parent is the most rewarding gift, but can also be terrifying when we feel there is nothing we can do but offer hugs and kisses when our babies are sick.

Previous Post: « What are Parabens? Should you Avoid Them?
Next Post: Whole Wheat Pancake Recipe with Fun Mix-in Ideas » 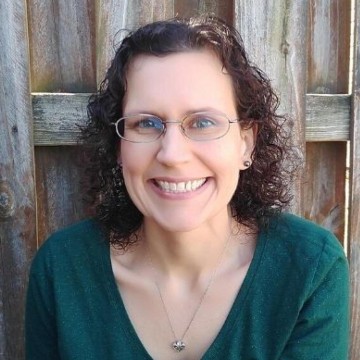